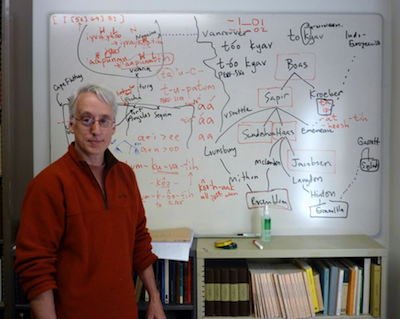 Garrett (PhD Harvard 1990) is Professor of Linguistics and Nadine M. Tang and Bruce L. Smith Professor of Cross-Cultural Social Sciences at the University of California, Berkeley, where he also directs the California Language Archive. His research mainly concerns two areas. In historical linguistics, he works on Indo-European and on the languages of northwest California and is especially interested in the causes of change and the mechanisms of diversification. In language documentation, working with the Yurok and Karuk languages of northwest California, he is especially interested in philology, text corpora and linguistic resources that are useful to academic and non-academic stakeholders, and grammatical pedagogy for language restoration.