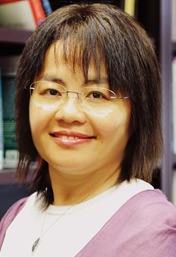 Virginia Yip Virginia is Professor and Director of the Childhood Bilingualism Research Centre at the Chinese University of Hong Kong, where she has served as Chairperson of the Department of Linguistics and Modern Languages. Her books include Interlanguage and Learnability (John Benjamins; 1995) and The Bilingual Child: Early Development and Language Contact (Cambridge University Press; 2007) which received the Linguistic Society of America’s Leonard Bloomfield Book Award in 2009. The book was co-authored with Stephen Matthews with whom she has also written a series of books on Cantonese: Cantonese: A Comprehensive Grammar (2nd edition, Routledge; 2011), Basic Cantonese and Intermediate Cantonese. She serves on the editorial board of Bilingualism: Language and Cognition, International Journal of Bilingualism, Second Language Research and Multilingual Education and the European Research Council's panel on the human mind and its complexity.