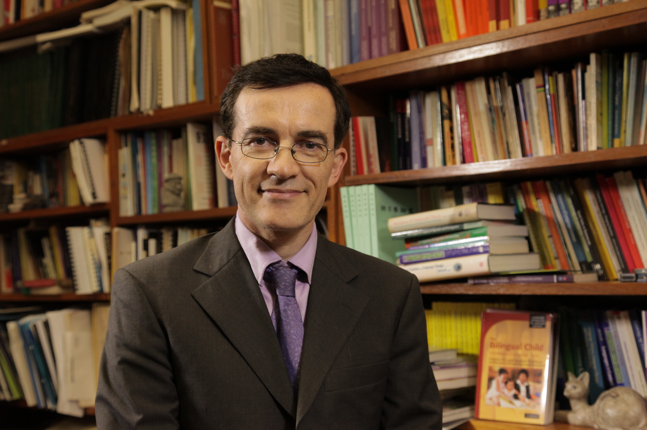 Stephen Matthews is Professor in Linguistics at the University of Hong Kong. He studied Modern and Medieval Languages at Trinity Hall, Cambridge before pursuing doctoral and postdoctoral studies in Linguistics at the University of Southern California. His interests include language is interests include language typology, tone and music as well as Cantonese grammar. He has published on Cantonese, the grammar of Chinese dialects, and contact languages, notably Chinese Pidgin English. His work with Virginia Yip includes Cantonese: A Comprehensive Grammar which appeared in a revised edition in 2011, and The Bilingual Child: Early Development and Language Contact which received the Linguistic Society of America’s Leonard Bloomfield Book Award in 2009.