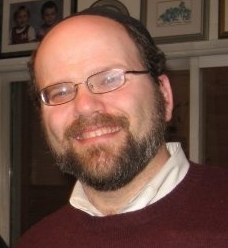 Shlomo Argamon is Professor of Computer Science and Director of the Linguistic Cognition Laboratory at the Illinois Institute of Technology. He also holds courtesy appointments as a Fellow at the Brain Sciences Foundation in Providence, RI and as a Senior Fellow at the Center for Advanced Defense Studies in Washington, DC. Prof. Argamon received his B.Sc. (1988) in Applied Mathematics from Carnegie-Mellon University, and his M.Phil. (1991) and Ph.D. (1994) in Computer Science from Yale University, where he was a Hertz Foundation Fellow. He was a Fulbright Postdoctoral Fellow (1994-96) at Bar-Ilan University in Israel and a faculty member at the Jerusalem College of Technology, before joining IIT in 2002. Prof. Argamon's current research interests are in the application of machine learning to functional analysis of natural language, with applications in national security, forensic linguistics, biomedical informatics, and humanities scholarship. He is a Fellow of the British Computer Society.