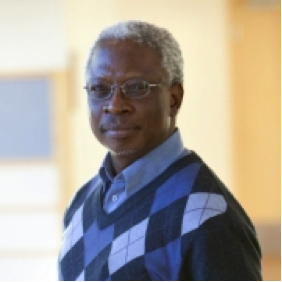 Salikoko S. Mufwene is the Frank J. McLoraine Distinguished Service Professor of Linguistics and the College at the University of Chicago, where he also serves as Professor on the Committee on Evolutionary Biology and on the Committee on the Conceptual and Historical Studies of Science. Since 2001, he has been a visiting professor at several institutions, including the University of the West Indies at Mona (Jamaica), the National University of Singapore, Harvard University, the Collège de France, and Université Paris III (Sorbonne Nouvelle). He was a fellow at the Institute for Advanced Study, at the Collegium de Lyon, during the 2010-2011 academic year.

Mufwene’s current research is on language evolution, including language birth and death, the indigenization of English and other colonial European languages worldwide, globalization and language vitality, and the phylogenetic emergence of language. His numerous publications include: The Ecology of Language Evolution (CUP, 2001), Créoles, écologie sociale, évolution linguistique (l’Harmattan, 2005), and Language Evolution: Contact, competition and change (Continuum Press, 2008).
Website: http://mufwene.uchicago.edu/