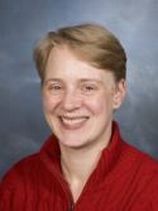 Dr Jane Stuart-Smith is a Professor in English Language and Director of the Glasgow University Laboratory of Phonetics.  She is the author of a number of articles on: variation and change in Glaswegian accent, the impact of the broadcast media (television) on language variation and change, the sociophonetics of British Asian accents, the phonetics and phonology of British varieties of Panjabi, the acquisition of literacy in Panjabi/English bilingual children, historical linguistics and sound-change.  She is author of Phonetics and Philology: Sound Change in Italic (OUP 2004), co-editor ofThe Edinburgh Companion to Scots (2003) (with J. Corbett and J.D. McClure), and was the English phonetics editor for the Oxford-Hachette French Dictionary (1994).  She is currently writing a monograph on the influence of the media on language change: Mediating the local: The role of television for a changing urban vernacular, Oxford Studies in Sociolinguistics, OUP.

Dr Stuart-Smith is currently running two projects, one looking at how Glaswegian accent has changed since the 1970s (Sounds of the City), funded by the Leverhulme Trust, with Claire Timmins, Ben Torsney, Tamara Rathcke and Brian Jose, and the other –with a number of collaborators across Scotland, and especially Eleanor Lawson – to develop an online resource for teaching articulatory phonetics – funded by the Carnegie Trust. She is also working with Jim Scobbie and Eleanor Lawson on an ESRC-funded project to investigate further the transmission of articulatory variation, using Ultrasound Tongue Imaging to look particularly at derhoticization in Scottish English (Seeing the links in the speaker-hearer chain). And she is working with Rachel Smith to help Microphonics develop their innovative computer-literacy tool to help learners of English as a Second Language (Encompass, First Step Award).

She has previously directed research on aspects of variation and change in Glaswegian accent, first a Leverhulme-funded project, Accent Change in Glaswegian (1999), and following from that – and in order to investigate the role of the broadcast media on language variation and change –  Is television a contributory factor in accent change in adolescents? (ESRC, 2002-2005). She then worked with Jim Scobbie and Eleanor Lawson at Queen Margaret University Edinburgh, on Looking variation and change in the mouth: developing the sociolinguistic potential of Ultrasound Tongue Imaging funded by the ESRC (2007-2008), and with Claire Timmins and Farhana Alam, on 'Investigating Ethnic Accents: An acoustic phonetic analysis of Glasgow Asian', funded by the British Academy (2008).