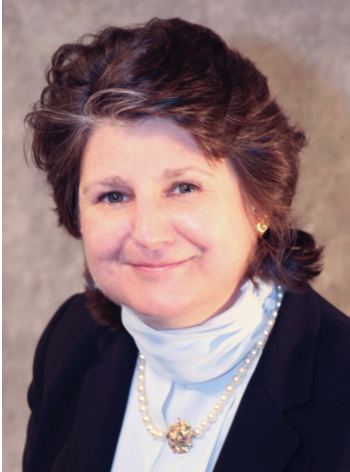 Carole E. Chaski, PhD is the Executive Director of the Institute for Linguistic Evidence, the first non-profit research organization devoted to research and development in linguistic evidence and the CEO of ALIAS Technology LLC. Chaski began work in forensic linguistics in 1992 and is credited with pioneering the field of forensic computational linguistics. She has developed methods and software for authorship identification and classification of specific discourse types, such as threat letters, suicide notes, child sex-abuse allegations, predatory chats, and deceptive witness statements.

She has presented her research at universities such as Stanford, Yale, Princeton, Pennsylvania, Brown, Northwestern, Chicago, Michigan, Mary Washington, Duquesne, Bonn (Germany), Chungbuk National University (Korea), National Police University of China and at conferences such as the Linguistic Society of America, the American Academy of Forensic Science, Law and Society Association, the International Academy of Law and Mental Health, the International Classification Society, IEEE Homeland Security, and The Association for Linguistic Evidence. She has published over 50 abstracts, articles and book chapters in forensic linguistics.

Chaski held a Visiting Research Fellowship (1995-1998) at the US Department of Justice's National Institute of Justice (NIJ). Chaski was the first person to receive Federal funding for forensic linguistic research in the USA, and she has subsequently helped other researchers win funding. During her fellowship, Chaski developed the first linguistic corpus designed for research in forensic linguistics and conducted the first empirical testing for popular linguistic methods of determining authorship of forensic texts. Chaski has served as an expert witness in Federal and State Courts in the United States, in Canada and in The Hague; she has provided unrestricted testimony on linguistic issues in Federal and State courts after Daubert and Frye hearings. She was the first linguist in the United States to successfully undergo a Daubert hearing for the admissibility of authorship identification evidence based on computational linguistics. She is also the first linguist in the United States to successfully be admitted under a Frye hearing for the admissibility of evidence based on the linguistic capacity method for authorship identification and the text-typing method for discourse type identification.

Chaski earned her doctorate and master’s in linguistics at Brown University, her master’s in psychology of reading at the University of Delaware and her bachelor’s in English and Ancient Greek from Bryn Mawr College.