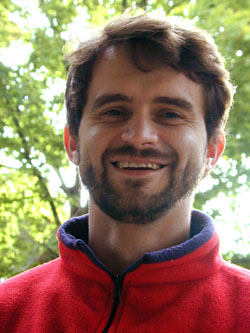 Andries Coetzee (PhD, 2004, UMass) is an associate professor in Linguistics at the University of Michigan. His research straddles the boundary between phonetics and phonology, and over the past decade has focused on the production and processing of phonological variation. More recently, he has been collaborating with colleagues both in the US and in South Africa on the relationship between the production and perception grammars of individual language users. Andries co-directed the 2013 Linguistic Institute (with colleague Robin Queen) at the University of Michigan, and is also an Associate Director of the 2015 Linguistic Institute at the University of Chicago.